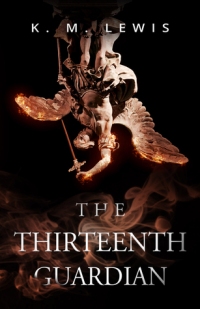 Da Vinci’s secret pales. Michelangelo concealed an explosive truth in his famous Creation of Man fresco in the Sistine Chapel at the Vatican. Everything we have been taught about Eve is wrong—she didn’t cause the fall of man. Instead, Eve carried a far more devastating secret for millennia; one that will change the world forever.

As the modern-day world suffers the cataclysmic effects of the “Plagues of Egypt”, Avery Fitzgerald, a statuesque Astrophysics major at Stanford, discovers that she is mysteriously bound to five strangers by an extremely rare condition that foremost medical experts cannot explain. Thrust into extraordinary circumstances, they race against time to stay alive as they are pursued by an age-old adversary and the world around them collapses into annihilation. Under sacred oath, The Guardians—a far more archaic and enigmatic secret society than the Freemasons, Templars, and the Priory—protect Avery as she embarks on a daring quest that only legends of old have been on before. Avery must come to terms with the shocking realization that the blood of an ancient queen flows through her veins and that the fate of the world now rests on her shoulders.

The Thirteenth Guardian is Book I of a Trilogy.

Oh dear.  I am so disappointed in this book.

What could have been a fabulous story is, frankly, let down in its execution – and it’s such a shame, because I really thought that the synopsis was intriguing and held a lot of promise.

The pacing is, despite the events, pretty slow.  The narrative jumps between several different characters which, rather than driving the story forwards, for me was just a little jarring every time the POV changed.

Added to that, this was, I felt, unnecessarily descriptive, but in a curiously unengaged manner.  I never felt connected to any of the characters – or the story.