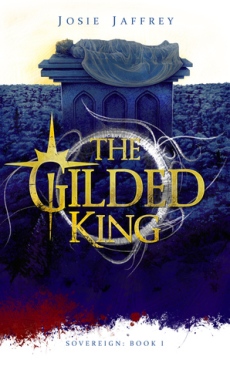 In the Blue, the world’s last city, all is not well.

Julia is stuck within its walls. She serves the nobility from a distance until she meets Lucas, a boy who believes in fairytales that Julia’s world can’t accommodate. The Blue is her prison, not her castle, and she’d escape into the trees if she didn’t know that contamination and death awaited humanity outside.

Beyond the city’s boundaries, in the wild forests of the Red, Cameron has precious little humanity left to lose. As he searches for a lost queen, he finds an enemy rising that he thought long dead. An enemy that the humans have forgotten how to fight.

One way or another, the walls of the Blue are coming down. The only question is what side you’ll be on when they do.

Now. You don’t need to have read the Solis Invicti series to enjoy this one, but as there is cross over of characters and mythology, I strongly recommend that you do.

And, because I was a big fan of that series, I confess to being a little miffed with the author about the situation Cam finds himself in. And that is because I was invested in the outcome of the previous series’ protagonists and was secure that they had been left in a good place.

I can happily say that I got over my snit pretty quickly. Once again, the author has, seemingly effortlessly, produced a story with great character development, misdirection, intrigue and betrayal. The two diverging plot lines end up weaving together seamlessly, and there are enough teasers and hooks in there to ensure that I will be picking up book two.

Ms Jaffrey is back. And I, for one, am thrilled with the prospect of this new series.

I have always written stories, but it wasn’t until I started the first book in the Solis Invicti series in 2014 that I really became obsessed with writing. I love to read, particularly where the escapism of the story is enhanced with an element of fantasy or science fiction. For me, writing is simply an extension of that journey, but I get to decide what happens next (though it’s amazing how often the characters seem to decide for themselves what I’m going to write!).

As a new author, I love to hear from readers with their comments and feedback on the books, so please do get in touch through my website or via Twitter.

Thank you for reading!