A tropical beach paradise in Mexico was the last place Georgie Basset expected her decimated heart to be jump-started again, not after she’d been jilted the year before by her fiancé, leading to said breakage. But when she spotted Weston Argent jogging along the beach, all bronzed with ripped muscles like some Greek God out of a modern day Baywatch scene, she nearly choked on her cocktail. She knew immediately she was in trouble, she’d never reacted so strongly to a man on first glance.

However, after a disastrous first date with him, she headed back home to Dilbury, resigned to never seeing him again. That is, until Weston turned up unexpectedly at her dog grooming parlour with Bertie the French bulldog, a species she had a real weakness for. She couldn’t help but wonder if fate was playing a helping hand. But each time she saw him, their encounters never went smoothly, resulting in some mortifying and hilarious escapades. Despite their undeniable attraction, there was something about Weston that she couldn’t quite put her finger on, something that concerned her.

When the truth finally came to light, Georgie was convinced that all men were dogs, except she knew that was an insult to dogkind. Ever the meddler, her best friend, Abbie, intervened, knowing in her heart that despite what had happened, Weston was full of good intentions, and was undoubtedly Georgie’s Prince Charming.

The question remained, could he convince Georgie of that, or would he forever remain in the dog house?

While The Great Escape is a standalone story, it’s the second in the Dilbury Village series of romantic comedy novels. All of them will be set in the quaint fictitious English hamlet in the Shropshire countryside, but feature a different village couples’ story.

Seriously.  Who could resist Turdgate #2?

For my money, this is better written than book number 1 (review HERE).   The narrative has great flow and although the plot once again borders on the farcical at points, it kept on the right side of the line between humour and cringeworthy.

There are real gems to this story that, whilst you might see the nugget coming, the execution and pay off is the key.  The author has managed to imbue this narrative with a slight twist which adds an extra dimension to the plot.

As for this story’s love interest?  I will simply say that although he is flawed, he is completely perfect for Georgie.  I truly enjoyed reading about both of them. 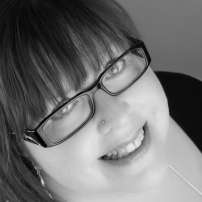 Charlotte Fallowfield writes contemporary romantic comedy novels. She comes from the United Kingdom and is half French. She lives in the wonderful countryside of Wales, surrounded by rolling hills, trees and fields full of sheep and cows. Her writing aids include chocolate, Ben & Jerry’s and copious amounts of coffee. Reading was her main pastime, until she discovered the joy of writing, but she still tries to set aside time to indulge her appetite for funny, or steamy, reads by other authors too. She is yet to meet her Prince Charming, but lives with her extremely pampered fur baby, Pumpkin, kitten of mass destruction.