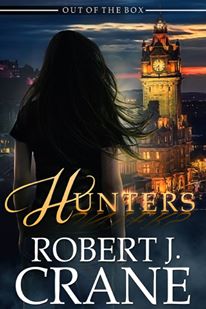 Exiled from her home, Sienna Nealon finds herself among the windswept fields of Scotland, stalking a dangerous murderer who has more in common with her than any other foe she’s ever faced. But when the killer changes the game, Sienna will be forced to into a contest with a quarry more canny than she’s been tested against before – and led into a confrontation that will change her life forever.

I’ve said before that it can be a little difficult to write a review which doesn’t simply recycle previous reviews ad nauseum.

Just when you think that Sienna has earned herself a little bit of a reprieve, it seems that the author has decided quite the opposite to be necessary.

With character flashbacks that flesh out essential history, this story will inevitably have you thinking “how is she going to get out of this”?

With a breathtaking betrayal, a seriously unhinged badguy and THAT ending (which was simply evil cliffhanger deliciousness), this is an addition to the series which will inevitably leave you wanting more.  And it might leave you baying for blood.  But maybe that’s just me – who knows.

What I do know is that Crane is a master of the rollercoaster ride.  I think I’ll just stay on with my seatbelt firmly fastened…

Robert J. Crane was born and raised on Florida’s Space Coast before moving to the upper midwest in search of cooler climates and more palatable beer. He graduated from the University of Central Florida with a degree in English Creative Writing. He worked for a year as a substitute teacher and worked in the financial services field for seven years while writing in his spare time.