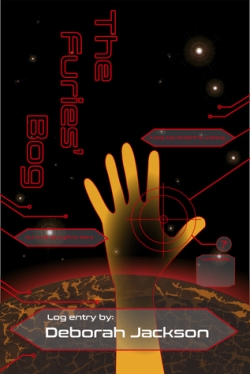 A bog may be Earth’s undoing, but it will be a gift to Mars.

Digging up bog bodies and analyzing corpses are the last things archaeology graduate student Felicity Cratchett wants to do. And when unusual mummies are discovered in the subpolar region of Polar Bear Provincial Park, it’s the last place she wants to go. But since her faculty advisor insists that she log more hours in fieldwork, she has little choice. In a remote bog with a small team of scientists, Felicity unearths the greatest secret of our time—a secret with ties to ancient Rome, roots in Botswana, and a link to the first people to exercise abstract thought. This revelation will challenge the conventional theory of human origins and human evolution.

Meanwhile, astronaut Lucas Wilson, a man tormented with a deep-seated anger, is terraforming Mars. He reluctantly descends to the Red Planet’s surface with his fellow astronauts, preparing to direct their exploration. Mars, in its birth pangs, will challenge every step he takes, with gas explosions and raging rivers, with damaged fuel processors and limited oxygen supplies. In the midst of these disasters, Lucas must keep his companions from discovering a feat of genetic engineering that will transform Mars like nothing has in over a billion years. The double helix of this masterwork twists all the way back to Earth and Felicity’s mummies. But if he fails, Lucas must decide whether to take up Mars’s sword, or to cast the weapon into a bog.

Writing this review has me in two minds.

On the one hand, for me, this installment was overlong, with slow pacing and was at turns a bit preachy or overly technical.

The basic story is a good one, and one that ultimately kept me coming back to this book.  It is not, by any stretch of the imagination, a one sitting read, but the converging plot lines were really intriguing.  The characters were colourful and well fleshed out.

There is a lot going on in this book.  Ultimately, I’m glad I stuck with it.

Deborah Jackson grew up in the Toronto region, received her undergraduate degree from the University of Ottawa and worked for many years in the healthcare field before beginning her writing career. She is the author of several science fiction and historical fiction novels. Deborah is a member of the Society of Children’s Book Writers and Illustrators and Speculative Fiction Canada. Articles about Deborah and reviews of her books have appeared in the Ottawa Citizen, MORE Magazine, the RT Bookclub Magazine, Canadian Teacher Magazine, SF Site, Neo-opsis Science Fiction Magazine and many more.