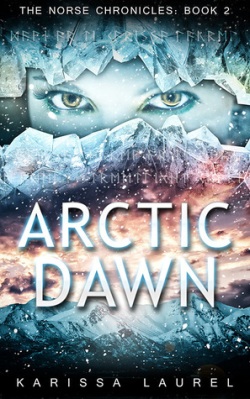 Alone and exhausted after her month-long sojourn as a shooting star, Solina Mundy flees to southern California to lie low, recuperate, and plot a survival strategy. The one person she trusts to watch her back is her best friend, Skyla Ramirez. But Skyla has been missing for weeks.

The arrival of a dangerous stranger and the discovery of a legendary weapon of mass destruction forces Solina out of hiding and back into the fight for her life. Solina knows she won’t last long on her own. She must find out what happened to Skyla and unite her contentious allies if she hopes to track down this devastating weapon before her enemies use it to burn the world to ash.

I adored Book 1 in the series.  And I feel like I have waited ages for this book (I haven’t!).  And then what did I do? I devoured it instead of savouring it. Stupid me!  Now I have to wait.  Again.  But that’s the downside of discovering a series at the outset.  You have to have patience.

My concern with the plot line in this volume is that the characters keep making the same mistakes, but I can mostly forgive that when I get the relationship that develops further.

Obviously, there is going to be a hitch. This isn’t the book that wraps up the tale.  But, the sheer depth of the betrayal was completely unanticipated.

I don’t think that this one captured my imagination quite as much as the first.  I think that is due to my frustrations with the characters’ actions.  That said, I think I had set much higher expectations, based on the previous installment.

Nevertheless, this was an engaging sequel.  I gather the first draft of book 3 is done.  I guess I’ll just have to try and be patient….

Karissa lives in North Carolina with her kid, her husband, the occasional in-law, and a very hairy husky. Some of her favorite things are coffee, chocolate, and super heroes. She can quote Princess Bride verbatim. She loves to read and has a sweet tooth for fantasy, sci-fi, and anything in between.

Sometimes her husband convinces her to put down the books and take the motorcycles out for a spin. When it snows, you’ll find her on the slopes.

Karissa also crafts, paints, draws, and harbors a grand delusion that she might create a graphic novel someday.