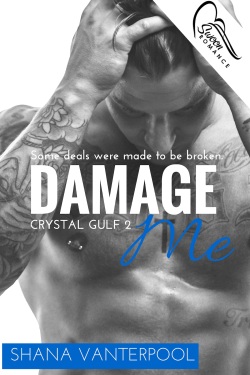 *** AUTHOR’S NOTE and CONTENT WARNING: This story contains triggers for rape victims and soldiers. I did my best to remain respectful to the healing process for both. Hillary’s feelings are hers alone and ONLY represent how she feels about her attack. Dylan’s emotions about his time at war are his ALONE. You are all strong and beautiful, and you will soar again! ***

Dylan Meyer lived his life fast and hard, doing anything to keep his emotions masked. In Crystal Gulf, Texas, women, drugs, and alcohol are in abundance. After all, it’s a college town. But eventually, his lifestyle caught up to him. The birth of his daughter, Aubrey, forced him to grow up and take responsibility for his actions. He let his vices go, cleaned up his act, and allowed himself to fall for Harley Evans.

But Dylan is a liar.

He lied to himself. To Harley. To his best friend, Bach. And then he lied himself right into a U.S. Army uniform. When he went to war, he left Harley with his best friend in hopes that he’d look out for her while he was deployed. Not in his darkest nightmares did he think Bach and Harley would fall in love.

Hillary Hayes is an eighteen-year-old sophomore in college who understands the importance of rules. She’s followed them her entire life. She gets perfect grades, avoids dating, and won’t stray from the future her mother mapped out. On the outside, she’s perfect. Inside, she’s drowning.

That carefully crafted future disappears when she downs a beer at a party. What’s left of that night is the wreckage of the girl she used to be.

Until she meets Dylan. Her brother’s best friend.

When Dylan returns from war, he can’t move past the betrayal. His daughter’s growing up without him. Flashbacks and PTSD from his time in Afghanistan consume him. He loses himself in a dark depression. There is no light in his darkness …until he meets Hillary. His best friend’s little sister is the only good thing among all the bad.

Can two damaged souls ever find peace, or is the damage too much to overcome?

If you come to this book expecting a hearts and flowers romance, then you will be disappointed.  It is not that story.  This is a tale of two people, each broken in different ways, but with an element of commonality.  Both are struggling.

Hillary is beyond naive, young and sheltered.  Dylan is more mature, but weary. I have to say that her behaviour at times is difficult to understand, her motives difficult to fathom.  And their actions whilst together are occasionally jarring.

That said, this is a reasonable read.

When I walk into a book store I feel at home. When I smell the pages of a brand new book things make sense. When I read I am who I always wanted to be. I read to escape and I write so others can as well. My family, my actress dog Bella, coffee, and a steamy love story are a few of my most precious things. My Sweet Demise is my debut new-adult contemporary romance novel. Keep up to date with future releases by following on Twitter: @shanavauthor