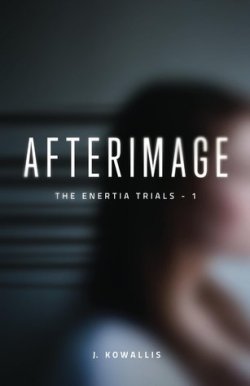 Visions of the future flood her mind like shards of broken puzzles. Caged in her cell, every morning begins the same. She’s drugged, tortured, and images are torn from her memory by Public One.

Until the morning everything changes. The vision is different. The future’s never been about her, and now she knows they’re coming for her:

How will she convince them to keep her alive when Nate, their leader, doesn’t like or even trust her? To him, she’s a science experiment. A machine.

When Public One will do anything to keep her, Reggie must make a decision: remain a slave to her past, or risk her future to venture into a world more terrifying than she’s ever known. 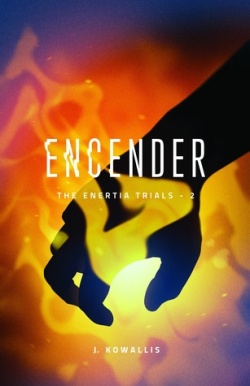 They say you feel cold when you die.

The people I’ve killed would beg to differ.

For twenty-something Ransley, the adopted daughter of famed street fighter Estevan Benitez, fighting is all she knows. One hidden detail separates her from the endless string of her pathetic opponents: she can craft and influence heat and fire.

When she’s pitted against the strongest fighters at the infamous Argolla, Ransley faces something she never expected:

Roydon can duplicate himself. When the two collide in the ring, a chain of deals turns Roydon over to Public Four and he’s taken away to undergo the disturbing process of the Nexis. What it is, or what it does, no one outside of The Public knows.

Driven by guilt and a desire to release the only person she’s ever met who’s like her, Ransley  isn’t about to leave him for dead—not when he might hold the answers to her missing past. Now she must trust a pair of strangers: a former military man out to collapse the system, and a woman whose premonitions could tear them all apart.

The flame from the lighter ran back and forth across the sharpened pocketknife Hugh held in his hand. A bright orange glow radiated from the Damascus steel and he flicked the lighter off, allowing the knife to cool. “I’m sorry we don’t have any pain killers to give you. We’re not as equipped as The Public.”

“Believe me, I almost prefer it that way,” she mumbled.

London frowned at her, not understanding what she meant.

“Tell me again why you have this chip in your skull?” Hugh asked.

London looked over at Reggie. She lifted her long hair up into an old rubber-band and into a tied-up mess on top of her head. Reggie moved to lay face down over the edge of London’s mattress. “It was surgically placed in me when I first entered the city. They didn’t tell me about it at the time. It’s designed,” she went quiet, almost as if talking about it hurt worse than the incision that Hugh was now making.  She hissed, flinched, and went quiet, her mouth buried in the bed. “. . . designed to trigger the pain center in my mind. If I didn’t do what they wanted, they activated it.”

London watched a deep red stream of blood run down the base of her neck and he quickly reached forward with the clean cloth Hugh had handed him, soaking up the liquid. The cut was approximately one inch long at the top of her neck. London felt his stomach lurch, but at the same time was relieved to see what he thought was the white base of a normal human skull when Hugh pulled the skin and muscle apart a few centimeters. Well, he thought, it could also be tendons. Either way, it was physical proof that she was just like them.

Sitting like a little parasite, warm in a human home, was a round black chip, smaller than the head of a thumb tack just at the top of her spine. Blood continued to drown it.

Hugh looked at it from all the angles he could, and wiped his forehead with the back of his wrist. “Well, Reggie, we have a problem.”

J Kowallis, the only girl of four children, grew up in northern Utah with a head full of wild stories (most often unreal). At the age of 9, she wrote her first poem, a dedication to E.B. White’s Charlotte’s Web. It was so intriguing, her third grade teacher requested to keep the original. Between living in various fictional worlds, and spending time on her studies, she managed to graduate from Weber State University’s creative writing program. She now lives in Utah with her Mini Schnauzer, Etta, and spends most of her time still bouncing between this world and the fantastical while enjoying delectable über-dark chocolate and lavender baths. She enjoys dreaming about, flying to, and writing about distant lands (real or unreal).